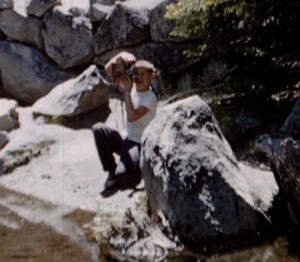 For me, photography has always been special. At seven I went to a bank opening for the free gifts and miss Lakewood said I could take her picture. I walked the mile back home and then back with my parents Argus C3 camera to get the shot. My journey expanded at eight in Yosemite on a trip with my parents and my father put me in charge of the still pictures. Over the years my interest grew and bought my own camera before going into high school. I graduated to journalistic endeavors as head of the University of Colorado newspaper and yearbook photography staffs. I even participated with production at the TV club at CU. After graduation I worked as a carpenter in Aspen, Colorado, but always continued my passion for fine art photography since the early 70’s. 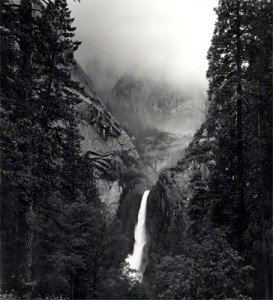 I joined Denver Community Television in order to learn TV production and began a series titled Photo-Talk. It was the summer of 1993 and I started out as a newbie producer and the on-camera host. I was grinding out 4 half-hour programs a day. Gratefully, many of the other producers and staff at DCTV community jumped in to crew for my project and taught me what I needed to know.
I had originally anticipated interviewing advanced amateur photographers, but one of my crew suggested starting our interviews at the top of Denver’s photographic food chain. Originally that had been a little intimidating for me, but after thinking about it I decided to give it a shot. It wouldn’t do any harm to ask and the worst that could happen is that they would say no. 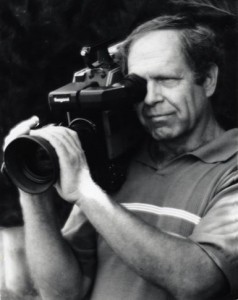 What I found was a community eager to tell their story and at the time there wasn’t any place else for them to do that. Big names kept saying yes and the show grew into a local success. Remember these were my first productions and I was inexperienced. The production values were rough at best, but the station continued showing them for over 14 years because the content was so powerful. The local PBS agreed to run the shows, but funding left our budget without enough funding to carry through. I went to Jones Cable (The Learning Channel) where I pitched the vice president, Mr. Jones. He told me he loved the concept and promised to take it through the approval process. But instead, they stole the concept and then contracted the Smithsonian to produce it instead. Depression robbed my energy and I felt I had lost the series and couldn’t work on it any more as a result… until now.

Part of National Award Winning Series at KCNC in Denver

Photo-Talk’s popularity opened the door at our local NBC affiliate KCNC (later switched to CBS). There I produced short segments on the arts for Mosaic that followed the legendary Sunday Morning show. We were selected as the best community affairs programming for the top 30 markets in the US in 1998. I went on to also win awards for my feature documentaries.

Today the publishing environment has completely changed and I’ve come full circle back to photography. Now I’m taking Photo-Talk to the Internet. As before it will incorporate photography and photographer’s stories, But another important element will be added, the online interaction of members within the various photographic communities. All photographers and film makers serious about their work are invited to contribute content and their views for the benefit of all.

A Mountain Man for Many Years

Much of my life has been spent living in Colorado’s high country. Married right out of the University of Colorado and moved to Aspen. I found out quickly everyone had a college degree and one restaurant even had two PHD’s washing dishes. Being raised in a family of contractors proved most beneficial when looking for work. Because of my passion for the mountains, I spent most of my free time photographing the landscape. Later I realized that I was telling my story and and the beauty of the land what was most important… more than photography itself. My PORTFOLIO ONE was sold in Denver’s top fine-art-photography galleries. I had even published a book, TRACKING THE SNOWSHOE ITINERANT in 1981. When I moved to Denver, I turned to video production. Now I have come full circle and cherish both. More on my life and creative bio here.