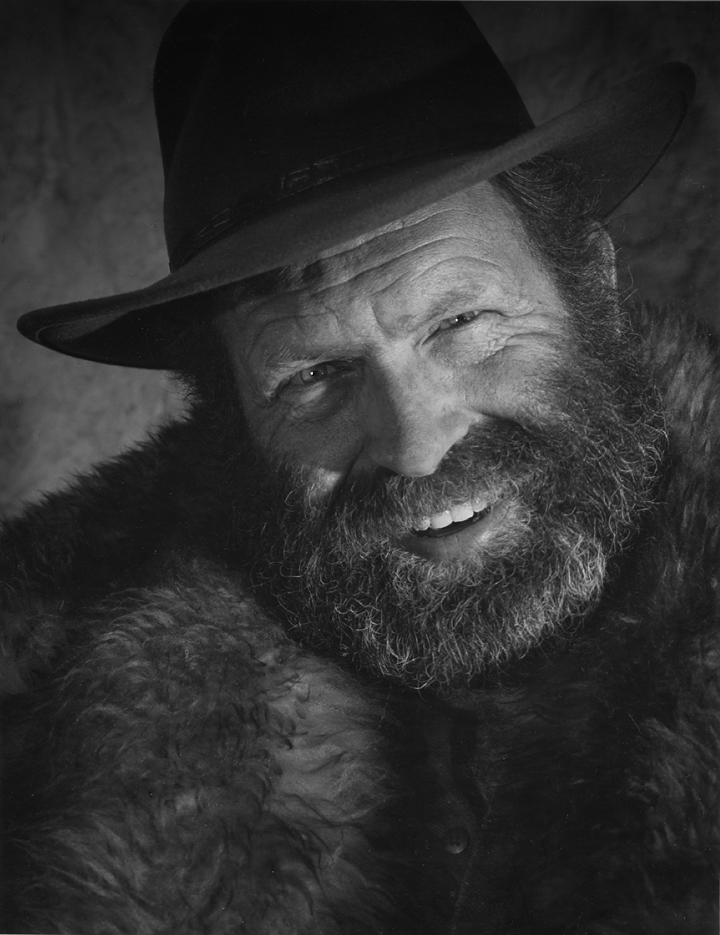 The snow numbed my face as I skied into the wind. The cold penetrated and I felt the pain deep. I stopped to gasp for breath. This predicament was as perilous as some that the historically famous Dyer had experienced over one hundred years earlier. Momentarily John Dyer’s words reminded me of the dangers of being out alone in the snow, “The snow and wind were blowing so hard that a man could hardly stand…No pen nor tongue can describe its awful appearance.” His fate nearly ended several times in blinding snow on Mosquito Pass. Father Dyer (as the miners affectionately referred to him) skied throughout the Rocky Mountain gold camps carrying the mail for his livelihood.

Unexpectedly the sun beamed through the clouds even as the snow fell. Again Dyer’s thoughts came, “The sun penetrated the storm so that the wonders could be clearly seen.” My hands had no feeling. I fumbled getting my gloves off, and unzipped my jacket. Out came my camera and I held it steady even though my body shook from hypothermia. The storm dangerously drained me. Time had run out, and I fought a survival instinct to abandon my goal. And then, I got the photograph! I shook convulsively and struggled with putting my camera away. I had to leave.

As I started down, my thoughts drifted off to Dyer’s earlier journeys in Summit County, Colorado. My photographic efforts along these same trails have been enriched with awareness of the history in this region. Dyer’s words record his colorful life, while I express my feelings visually. The combination of our separate experiences resulted in TRACKING THE SNOWSHOE ITINERANT.

Kent Gunnufson’s book received Presidential praise from President Ford and offered support for his efforts to document the Rocky Mountain region with an interview in his Beaver Creek home. Twelve images from this book comprise Portfolio One which was sold in Denver’s finest photographic galleries, David Hills Gallery, Ginny Williams Gallery, Camera Obscura Gallery and the Eclipse Gallery in Boulder, in the 1980’s. A one-minute slideshow of Kent’s work.

Kent Gunnufson had a passion for photography since photographing lower “Yosemite Falls” at eight-years-old, and later began SnowStorm Publications in 1981. Kent was acknowledged in California Art Review, reviewed in The Denver Post, included in Denver, Confluence of the Arts and featured in Popular Photography, and the Los Angeles Times. 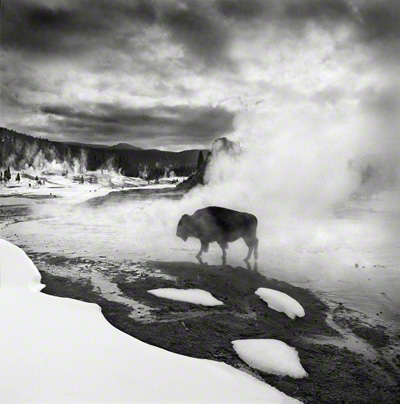 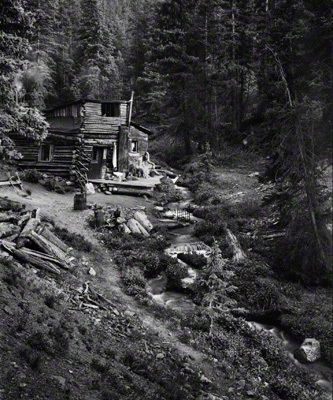 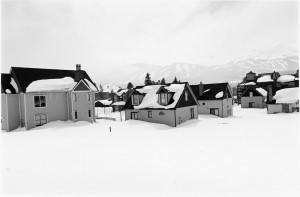 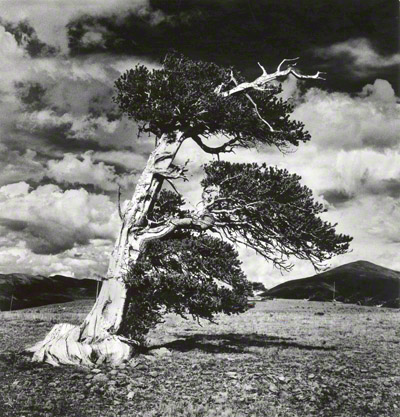 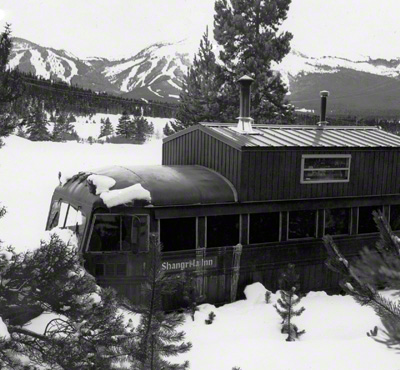 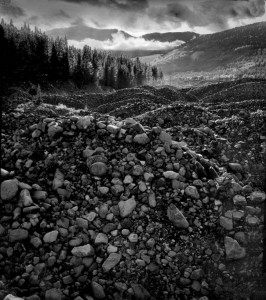 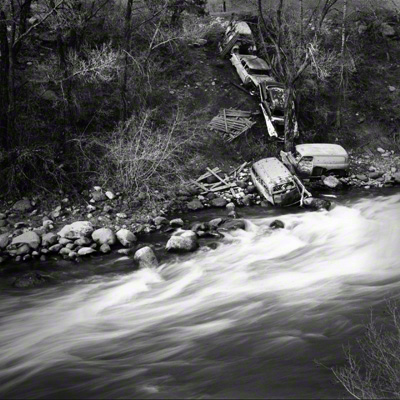 While attending the University of Colorado, Kent was the lead photographer for both the yearbook and school newspaper. Beyond the requirements for his BS Business Degree, Kent has taken dozens of art, photography and film-making college level classes. He also did graduate work in the School of Environmental Design at CU-Denver and later on was awarded a full scholarship to the Stanford’s renowned Publishing Class for Professionals. More importantly, Kent went to the Victor School where he was mentored by Al Weber, a highly respected fine-artist, successful commercial photographer, and revered educator.
After his undergraduate work, Kent made the choice to live in and photograph the Rocky Mountains, but that required foregoing a professional career. Not only is Kent a journeyman in several building trades and experienced at managing multistory construction, but he eventually went on to sell real estate and authored the Mountain Real Estate Buyer’s Guide, an insightful reference for buying property in the Rocky Mountains.

When Kent returned to California in 1986, he was immediately hired as the lead b&w printer at the Association Inc. in Costa Mesa, California and two years later the first assistant for Barbara White, one of southern California’s top architectural interior photographers.

Kent began teaching photography at the Sierra Club Camera Committee annual workshops in 1987 and 1988. Then he directed his own workshops for Coastline Community College in southern California until returning to Colorado in 1991. He also held winter workshops in Yellowstone National Park. In Denver, Kent taught workshops and classes on photography for the Colorado Free University for several years during the 1990’s. Kent also has been a keynote speaker to photographic groups at both the LA Chapter of the Sierra Club and Foothills Art Center in Golden, Colorado.

In 1993 Kent produced and hosted Photo-Talk for Denver Community Television (and two decades later the Internet version of Photo-Talk here) and also became an independent producer for (CBS affiliate KCNC-4) for four years. His segments promoted local artists and were part of Mosaic’s programming that won a national award in 1998 for the top 30 national markets. In 2006 Kent’s documentary, A Woman Ranching the Rockies, was aired prime-time on Denver’s PBS station KBDR and reviewed in the Oxford Journals. In 2008 Kent won Best Colorado Film at the Colorado Independence Film Festival and in 2009 a Remi Special Juror’s Award at Worldfest-Houston for Grandma Builds an Earthship. His documentary, American Super Logger, received a Platinum Award at the Colorado Film Festival. He was also awarded Y to Y Divison First Place in photography at the Banff Cultural Center and his work was exhibited in hundreds of communities around the world through Banff’s 2010 Mountain Film World Tour. Kent’s latest film, Bumming Colorado’s Ski Country, incorporates his still imagery and was awarded Best Documentary in 2013 by both the Mountain Film Awards located out of Mammoth Lakes, California and the Reel Awards in Steamboat Springs, Colorado. It was also an official selection by the Breckenridge International Festival of Film and was awarded a Platinum Remi Award at Worldfest Houston in 2014.

Kent volunteers his time to the community through producing projects like “In Support of the Arts” and “Medical Flights to Sierra Madre”. The Oral History Association invited Kent to present his work at their national convention in both 2011 and 2012. Kent was a former member of the National Television Academy, Heartland Chapter and helped evaluate Emmy nominees. After retiring, Kent has been on the planning committee for the Colorado Environmental Film Festival. Kent founded the Environmental Photography Exhibition in 2008 as a fundraiser for the Colorado Environmental Film festival and was the former director of the exhibition until 2016.