Follow Kent Gunnufson as he works his way through Colorado’s Ski Country while meeting super-talented people along the way… and documenting his life as he went. This journey offers insight to a legendary lifestyle sought by our nation’s most educated workforce giving up professional careers for menial work that would support their common passion… skiing.
Bumming Colorado’s Ski Country is heralded as a historic documentary telling about life through the mountain’s art community. The time-line combines b&w stills of majestic imagery and informal portraits of high country workers while listening to renowned skiers, authors, film-makers. Magically music from local mountain musicians transcends the timeline into a total sensory experience…see, hear and feel the never-before-understood hardships and rewards of the challenging life in the high country… from those with the passion to express it. Bumming Colorado Ski Country was awarded Best Documentary of 2013 by Mammoth’s Mountain Film Awards and also by Steamboat’s Reel Awards.

I’ve been fascinated with the mountains and photographing them as far back as I can remember. I worked physically hard in construction during summers since the 3rd grade. There I could be hauling concrete block up scaffolds, walking a narrow 20 foot high walls to grout them or hammering in anchor bolts at the top. Then at the end of the day I was tired, dirty and determined to do something more professional the rest of my life. My father laughingly joked “boy, this is your going to college incentive program”. But I found a way to make it fun. I changed my reality with fantasies of climbing a mountain face, walking a narrow ridge, or placing pitons for a technical climb. Every year I’d make a pilgrimage to the mountains to hike, fish and photograph. In the eighth grade I recruited classmates for an on foot expedition up the San Gabriel Flood Control Channel to camp in the San Gabriel Mountains for spring break. After discovering skiing in my junior year of high school, all I could think of were the ski slopes and the mechanics of building my own mountain home. When making the decision of where to go to school, the University of Colorado was the dream, and that’s where Bumming Colorado’s Ski Country begins its timeline.

This is not a ski film. It is a documentary focusing on the lives of those working in Colorado’s ski community. There is some awesome skiing footage of Silver Medalist and World Cup Champion Billy Kidd, Warren Miller’s ski star Chris Anthony, Maine’s Ski Hall of Fame freestyle coach Bruce Cole and others.

Some of the interviews include Olympic Silver Medalist and World Cup Champion Billy Kid, legendary ski film maker Roger Brown, Arapahoe Ski Basin founders Max and Edna Dercum, former Colorado Governor Richard Lamb, and Hal Clifford, author of DOWNHILL SLIDE. There is also an by the last of the true ski bums, Charlie Toups, just after being released from jailed for 61 days for parking on National Forest property. Due to the time constraints of the broadcast film format, there are so many more people to tell their fascinating stories than there was time for and the stories told were shortened to move the story along. Mountain Magazine has longer and more in depth print interviews of mountain locals President Ford, Gary Peterson, Boot Gorden, Jim Rinoshek, Jamie Frieze and others. Jim Salestrom makes an interesting short documentary just by himself. A forthcoming special edition DVD of the film will include additional full interviews and other extra content.

Tracking the Snowshoe Itinerant was Colorado’s first fine-art landscape book and it combined the historic text of Methodist preacher John Dyer with my landscape images. There were very few photographs showing what life was like during the 1800’s. That’s when I realized documenting the present would be important for the future. I started interviewing and photographing for a book project named Life at 10,000 Feet. A national publisher offered to publish just my images… but I held out to get the stories told as well. When I started making films, it was a natural to continue my documentary as a film. Incorporating my b&w still images offered important context as well as the film format creating a new dynamic way to present my work. Photographs in motion with an emotional soundtrack added a whole new dimension.

For me, photography is about emotion and I want my viewers to feel my images. Using just the right music helps in doing that. Mountain artists have a common passion for our lifestyle and environment. This film builds from this principal. These musicians have either foregone a career to live in the mountains or have lived in the mountains because of a successful career. They didn’t just write the songs, its who they are. Listen and feel their passion as each adds his/her personal perspective to the documentary’s emotional journey. 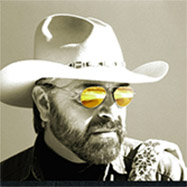 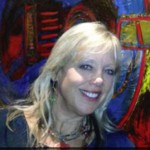