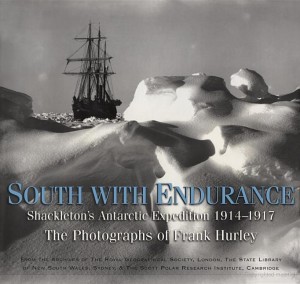 There is some recognition of who Shackleton was and his expedition to the South Pole. But very few people know who Frank Hurley was. He was the expedition’s photographer who experienced one of the greatest stories ever told. Joanna Write of the Royal Geographical Society writes:

“one of the most remarkable survival stories in the history of human exploration.”

It could rival most Hollywood adventure films. The ship got caught up in the ice in Antarctica for nine months and eventually was destroyed by the shifting ice.
Then for 5-months the crew survived living on the ice in temperatures that mercury thermometers can’t read and with severe winds that push effective temperatures even lower. Their only hope was to seek shelter by carrying their life boats over perilous ice until they could launch them and sail to Elephant Island. They were short on food and could only take the bare essentials. Hurley was ordered to leave his precious glass plates behind. But as they were leaving, Hurley jumped into waist deep slushy icy water to retrieve his images. Because of Hurley’s passionate defiance, Shackleton put the issue up to the entire crew for a vote… since the entire crew would have to sacrifice food in order to keep the glass images. The crew voted to let Hurley bring his glass plates on their flight for survival.

A World History of Photography: Rosenblum 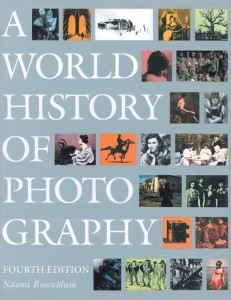 This book is my basic reference. I couldn’t live without it. Not only is it interesting, but it is a good general history that everyone should be aware of. And when I have questions or don’t recognize a name everyone seems to, I come back and look names and eras up. Originally I read it from start to finish and enjoyed every minute of it, but now it serves as a reference. I donated over 285 books to the University of Colorado, but this was one of three books I kept.

It begins with the first discoveries in photography and breaks history up into eras and how they evolved around the world. Lots and lots of images and even my favorite Clearing Winter Storm by Adams. She even covers contemporary work, but I have the first edition published in 1984 and the publication is in its fourth edition.

Ansel Adams-Yosemite and the Range of Light 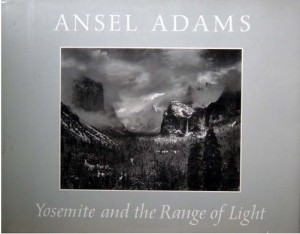 Thought I’d start off with one of my favorites, Yosemite and the Range of Light. Either you like Ansel Adams or you don’t. I do and I love seeing his prints large. I get as much enjoyment wandering within the detail of Adam’s prints as I do trekking through a beautiful alpine valley… maybe even more. And I can do it anytime I feel like. I marval at how Adam’s has transformed reality into a lush haven of b%w tones demanding and getting my attention. If anyone has tried to immolate Adam’s work,they fully understand that his interpretations differ from what’s there. The beauty of b%w is its inherant ability interpret at the outset when it takes away color. I had never thought much about b&w photography until I discovered the image Mount Williamson by Adams. It changed my life and motivated me to do b%w photography. That image is in this book along with some of my favorites, Winter Sunrise, Sierra Nevada from Lone Pine; and Clearing Winter Storm. So when I go from page to page in his book, I not only see a beautiful landscapes, but I feel Adam’s passion for the mountain world… and I can identify with that.