I’m in the show and hope some of my friends will come. The reception will provide wine refreshments. Friday, June 1st, from 4 to 6 pm. More details at : http://www.boulderdigitalarts.com/events/details.php?offering=391

I worked the weekend away at the Colorado Environmental Film Festival and the 3rd Annual Environmental Photography Exhibition. They just get better every year. But this year was special because of the photo exhibit is now under the wings of the American Mountaineering Museum. I took a few pictures and thought I’d share them. 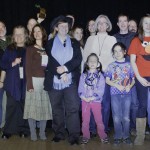 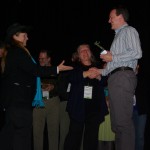 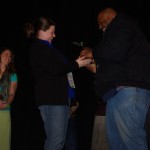 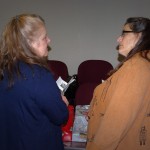 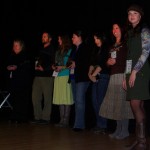 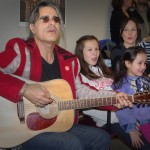 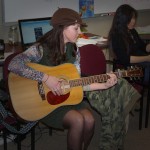 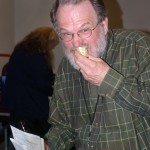 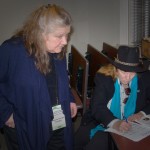 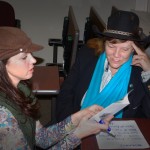 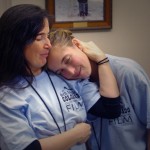 Wow! What a party! The American Mountaineering Center really rocked Friday evening. I just love the energy of hundreds of people at the reception and festival. Everyone praised the photography and the free whiskey. I love it when everyone is enjoying the evening.

The Environmental Photography Exhibition has been held in conjunction with The Colorado Environmental Film Festival for three years and both have gained in attendance. This last year great strides have been make and I attribute them to the hiring of two co-directors, Alison Kapsalis and Danette Darcy, for the film festival and now the photography exhibition is under the wings of the American Mountaineering Museum, director Shelby Arnold. It’s hard not to forget a memorable story just a few years ago at the first exhibition opening when it was in the pioneering stage. 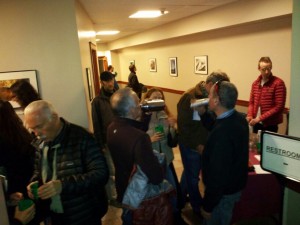 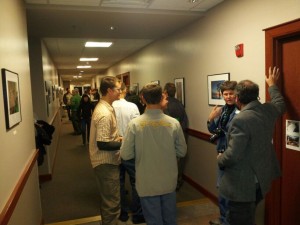 As I was walking up to the receptionist at Kaiser Medical, the woman behind the counter held up her hand in an authoritative gesture letting me know she wasn’t available to take patients. I slowly blurted out something like “But I’m not feeling so well.” She then pointed to a sign that officially backed her up that she was on break. I looked at two other administrators adjacent to her, but all were securely having a morning snack behind the same sign.

It was all I could do to drive there and walk in, but wasn’t any way I could stand still without losing my balance. The room seemed to get darker and began to spin. I couldn’t hang on much longer. To prevent a fall, I went down on one knee in a “T-bow” stance. In minutes I heard one of those women calling out frantically for a stretcher. My eyes were closed but I could hear and feel several people rushing me upstairs to their EKG testing room.

Half an hour later I was in a web of monitoring, IV and oxygen devices.

The nurse said, “ You’re not going anywhere. As soon as the ambulance gets here you’re going to the emergency cardiac center downtown.”

This just couldn’t be. People were counting on me and I had to be somewhere else. “But I’ve got an important film festival and photography exhibition opening to be at… I can’t lay around here.”

The nurse practitioner replied back: “You’ve got more important concerns.”

“How much longer did you say?”

Two EMTs took me off.

Waiting for tests and waiting for results… that’s what I remember. I had to go to the opening of the Colorado’s Environmental Film Festival… but I was tied up in the ER and each hour was an eternity. I was only allowed one phone call and that went to the festival to let them know why I wasn’t there. 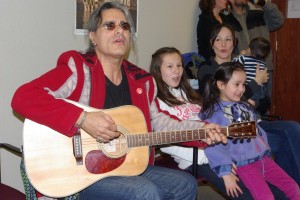 This was the first year for the photography exhibition and it was dependent on me to carry it through. I was pretty much doing most of the work by myself and I didn’t want to let everybody down. The day before I had to pick up a shipment of 32 double boxed and framed photographs. Then deliver, unbox, document and hang them for the exhibition. Then the shipping containers were put back in my van until the show ended a few weeks later. I was running the entire time. That stress combined with my doctor giving me a prescription nearly three times the normal thyroid dose resulted in Atrial Fibrillation (A-Fib). They said my heart rate was over 200 because the heart is trying to pump blood. But because the upper and lower cylinders are out of rhythm, the heart is actually fighting itself. Due to the reduced blood flow, I continued to be dizzy and not fully aware.

They failed to get my heart rate under control. But after a days harping they let me go because of my promises to stay in bed. Instead I went to a very festive film festival. The Environmental Photography Exhibition was a successful addition to the film festival and three years later has become a subordinate part of the American Mountaineering Museum.

Later the A-Fib condition was corrected through an electrical shock which synchronized his heart. Kent’s bio is available here. 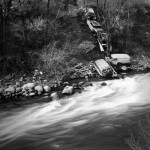 Join in the conversation or just enjoy the various Photo-Talk TV sites. Photographs are uploaded on Flickr and videos on Vimeo and YouTube. We’re utilizing Twitter and Facebook to get the word out. I encourage everyone to come to all the sites and I appreciate any interaction you are able to give. What are your favorite photography books, workshops and galleries? Any thoughts on the best way to present one’s work… print, on-line, or video? Let me know what you think by commenting (please be nice) or making suggestions.